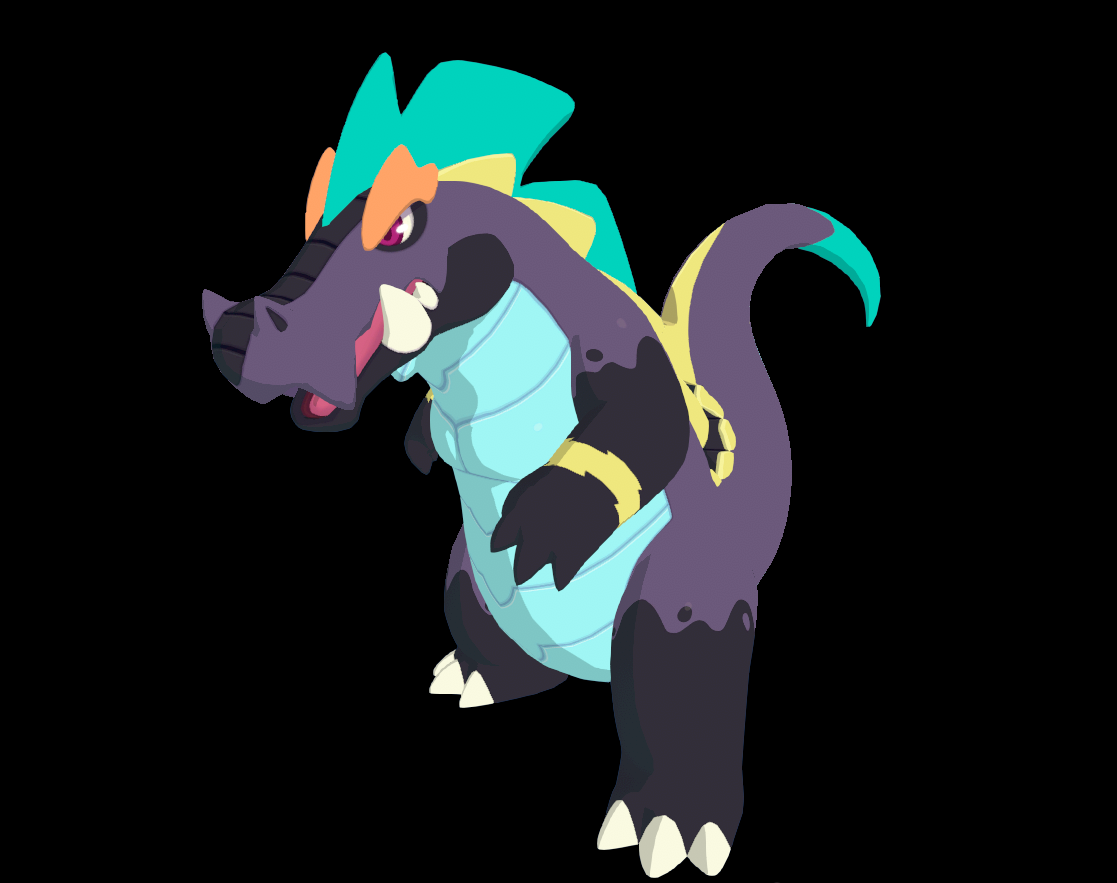 Gharunder is an Electric and Toxic TemTem that lives in the sewers of Properton. It's existence is based on the old urban legend about Alligators that live in the sewers of New York. Gharunder is a bulky, slow TemTem with awesome coverage options. A couple moves will require you to breed another Tem or two but it will be well worth it. 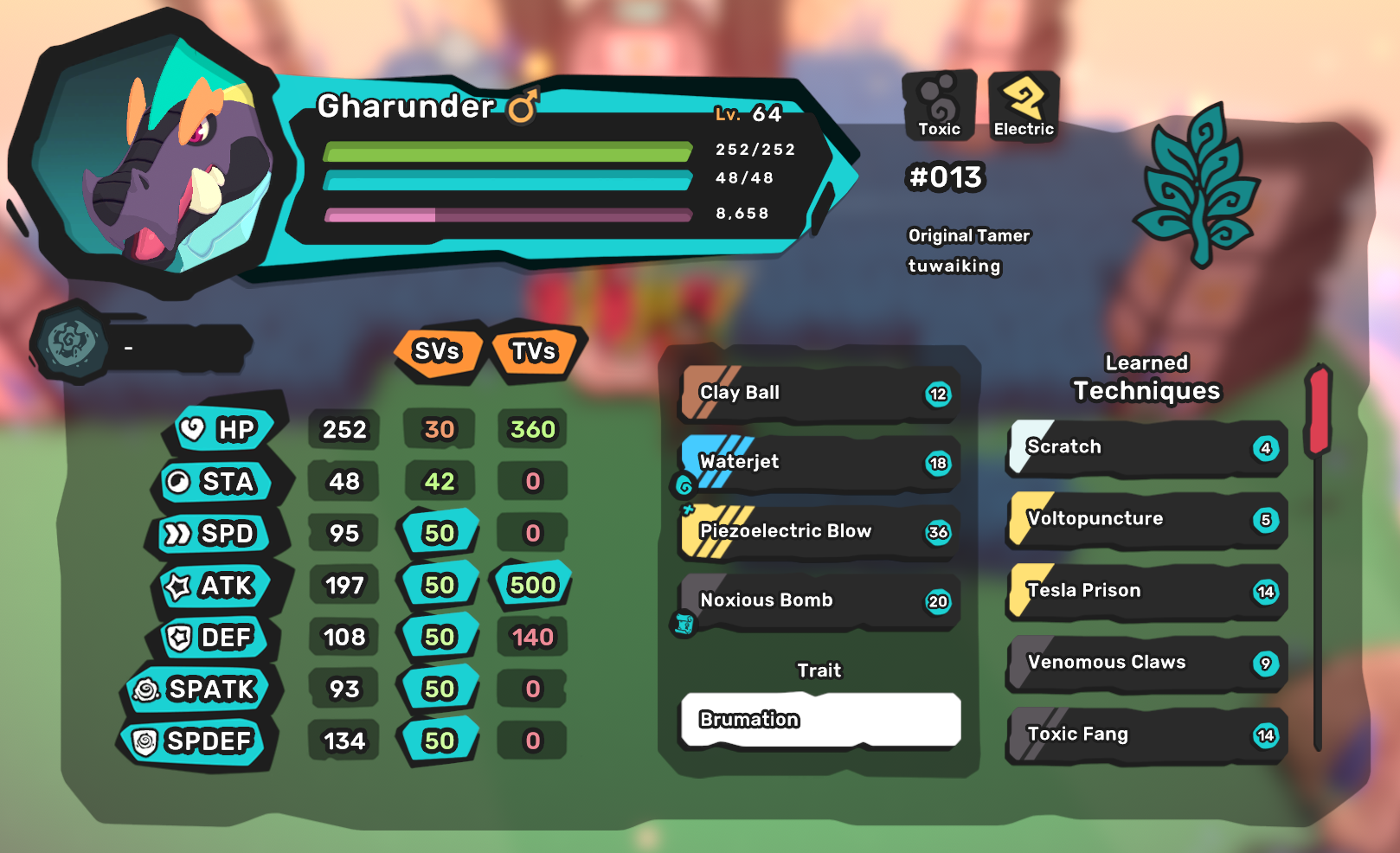 This set has two obligatory STAB moves, Piezoelectric Blow and Noxious Bomb. I chose the latter over Toxic Fang due to the increase in power. However, without Toxic Fang you lose the ability to poison the opposing Tem for one turn.

Waterjet is a powerful move the hits Fire types hard and leaves the target cold for 2 turns. The last move, Clay Ball, adds more coverage and reduces the opponents speed by one which helps patch up Gharunder's lackluster speed. 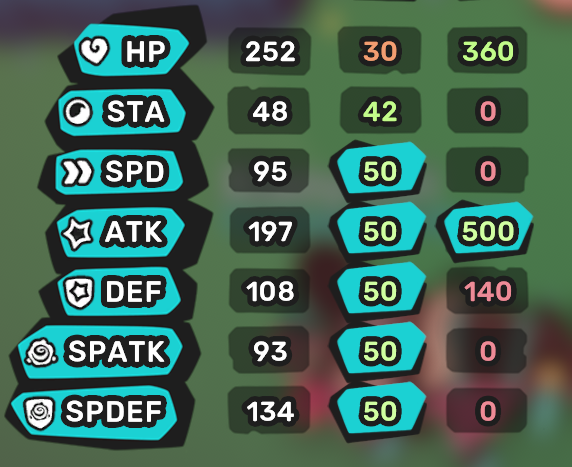 Since this set is focusing on inflicting maximum damage, equip Gharunder with a War Drum. This will boost its attack by another 8 percent.

Gharunder gaining +1 in defense can help it survive much longer. The reduction in hold isn't much help as Gharunder does not learn any moves with over a 2 turn hold. Thick Skin would work better for most strategies. However, Brumation can work well when predicted correctly.

You may also have the surprise factor on your side as your opponent may think you are running Thick Skin and opt not to use their Wind-type move against you! Being unpredictable in battle will definitely give you an edge over your rivals.