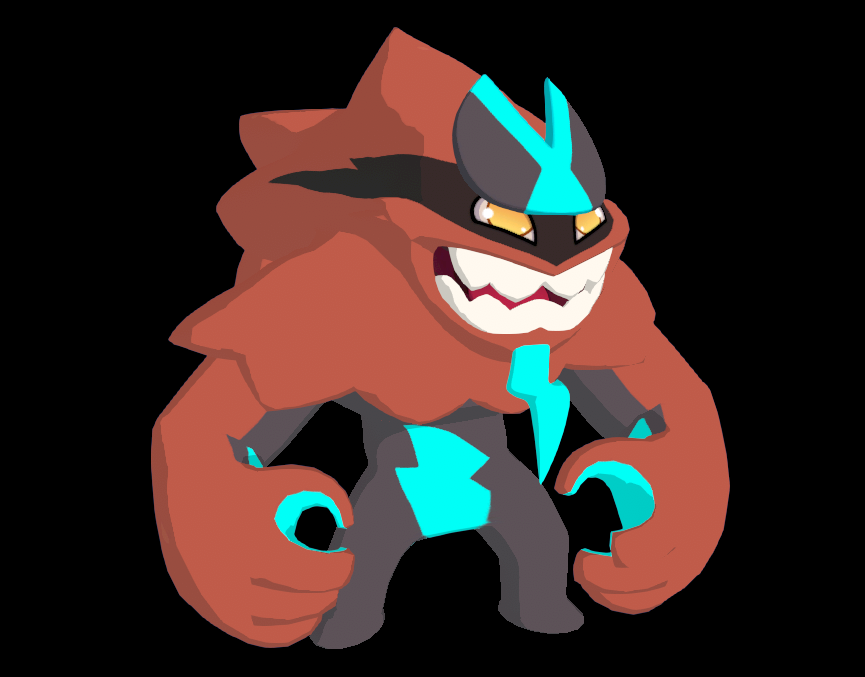 Where do you find Golzy?


Golzy is an Electric and Melee Tem and the final evolution of Sparzy. Its pre-evolution is found in the Cipanku Island in the regions of Iwaba, Pillars of High Above, and The HighBelow. If you level up Sparzy 14 times, it will become Golzy. The first stage of the Golzy line is Smolzy, who is unobtainable in the wild as of CU1 (content update 1). If you want one, you will need to breed it. 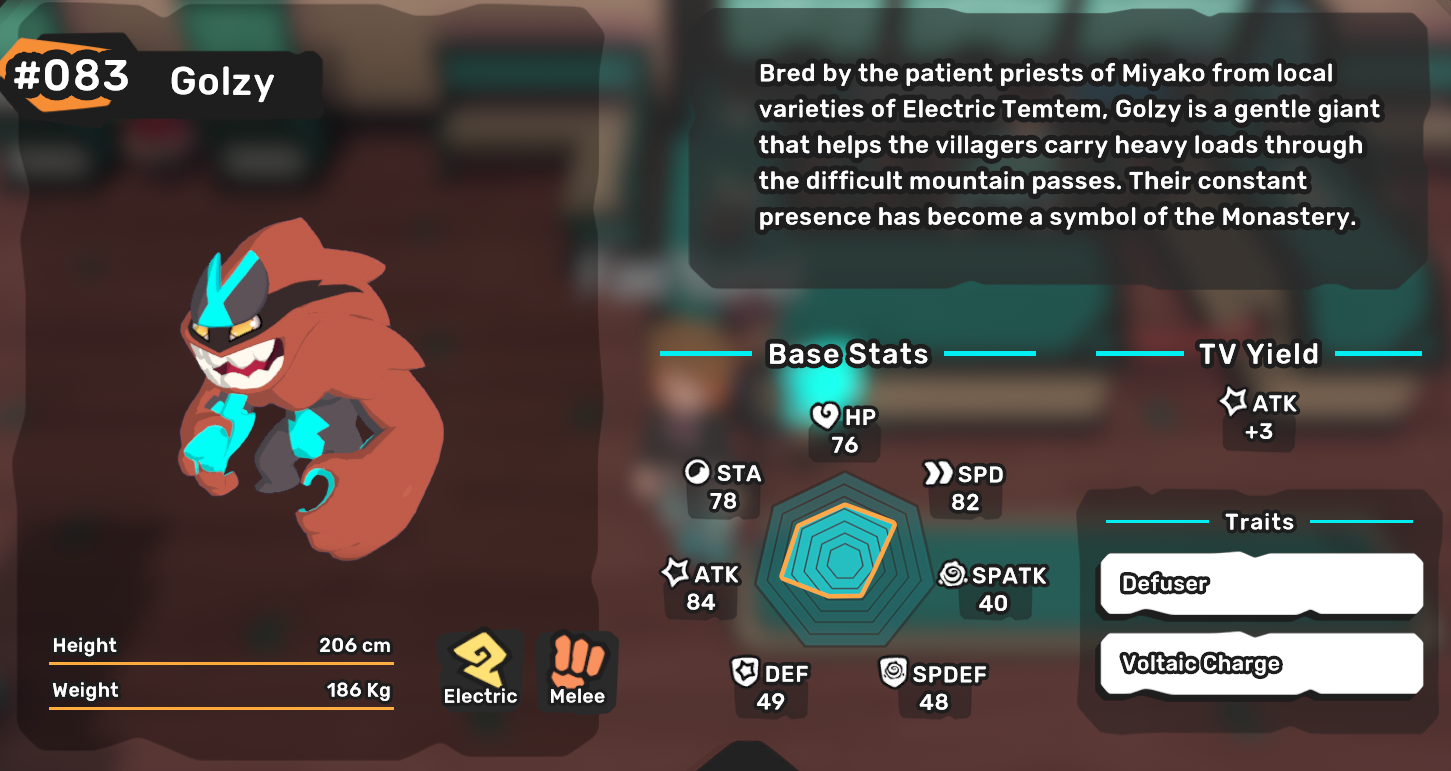 Golzy is a fast Tem with high base HP and Physical attack. It's Special Attack and both defensive stats are below average. Its stat spread means Golzy will be functioning as a glass cannon on most teams. However, it does have some potential to be used to spread status ailments with the right moves and items.


Golzy has some decent physical STAB moves at its disposal but lacks diversity in its movepool as it can only learn Neutral, Melee, and Electric damaging attacks. 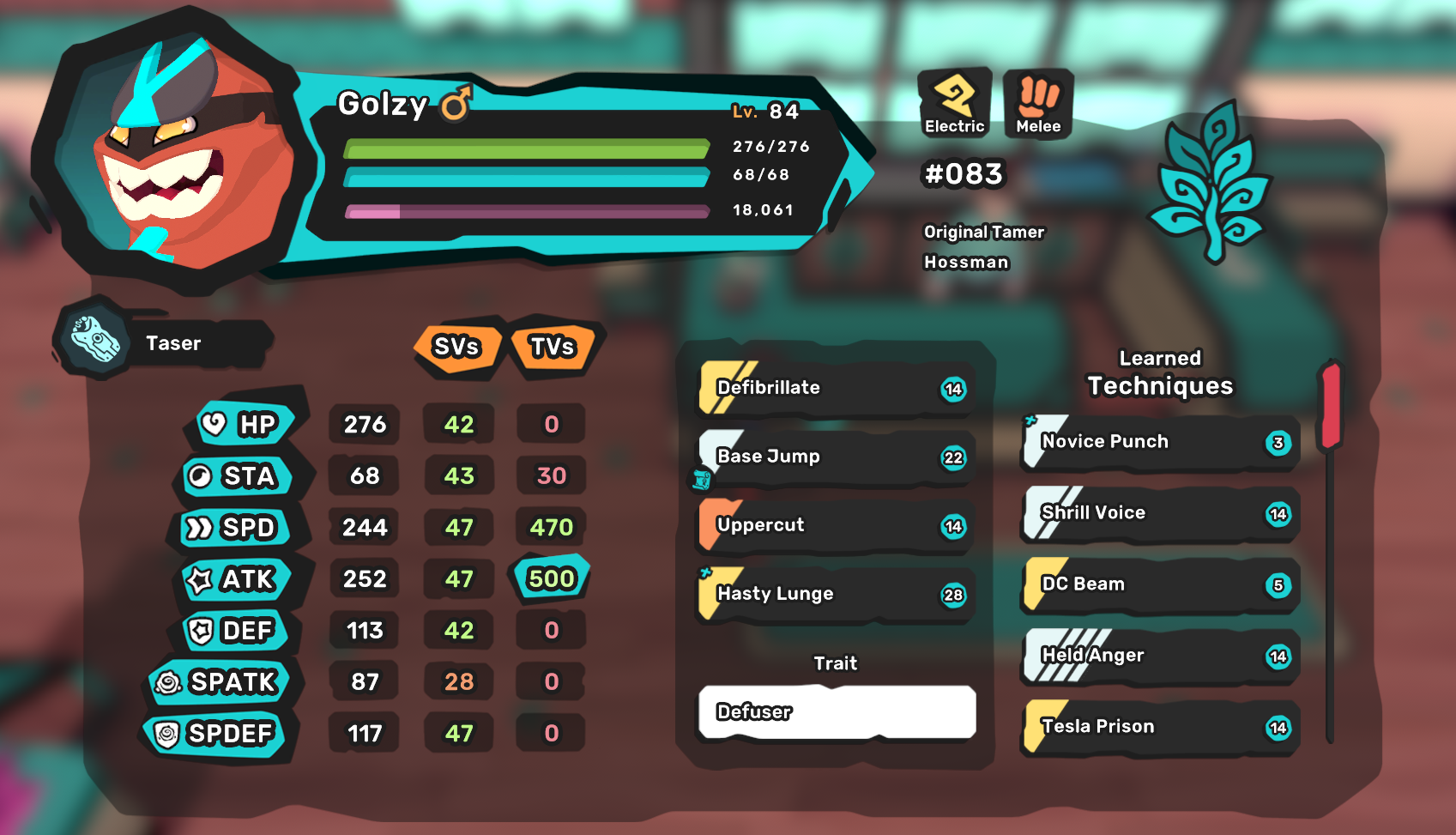 The primary attacks of this set are Uppercut and Hasty Lunge. The latter has no hold and 90 base power with +4 priority. Its main drawback is that it exhausts the user the next turn unless it is paired with Nature type ally.


Great partners for Golzy are Mawmense and Kinu. They both synergize well and can help Golzy deal with opposing Earth Tems. The other Electric move in this set is Defibrillate. It has 80 base power, 1 turn hold, and a secondary effect that isolates Golzy's victim for 2 turns.


When paired with the Defuser trait, it will also inflict the seized status for 3 turns. This means in addition to receiving a decent chunk of damage the opponent will not be able to synergize or use its item for a few turns. The final move in this set is Base Jump which has no hold and solid base power. Use this for opponents that resist Melee or Electric attacks.

The best TV spread for Golzy is 500 attack, 450 allocated to speed and the remaining 50 to its stamina. This allows Golzy to hit as hard as possible and maintain enough speed to outrun most opponents. The 50 points to its stamina lets it spam Hasty Lunge when paired with a nature Tem.


The best gear for Golzy is the Taser. When equipped, Golzy will inflict a single turn of burn damage to its target. This stacks with the seized condition inflicted by its Defuser trait. Alternatively, you could run War Drum to boost its attack by 8 percent or Rock Shield to reduce the damage done to it by Crystal attacks by 20 percent.


Overall, Golzy is an awesome Tem with one of the coolest designs in the game. Its Luma, which I have never been able to find sadly, is based on the street fighter character Blanka! Also, its beard is a lightning bolt. That alone is reason to give this Tem a shot.