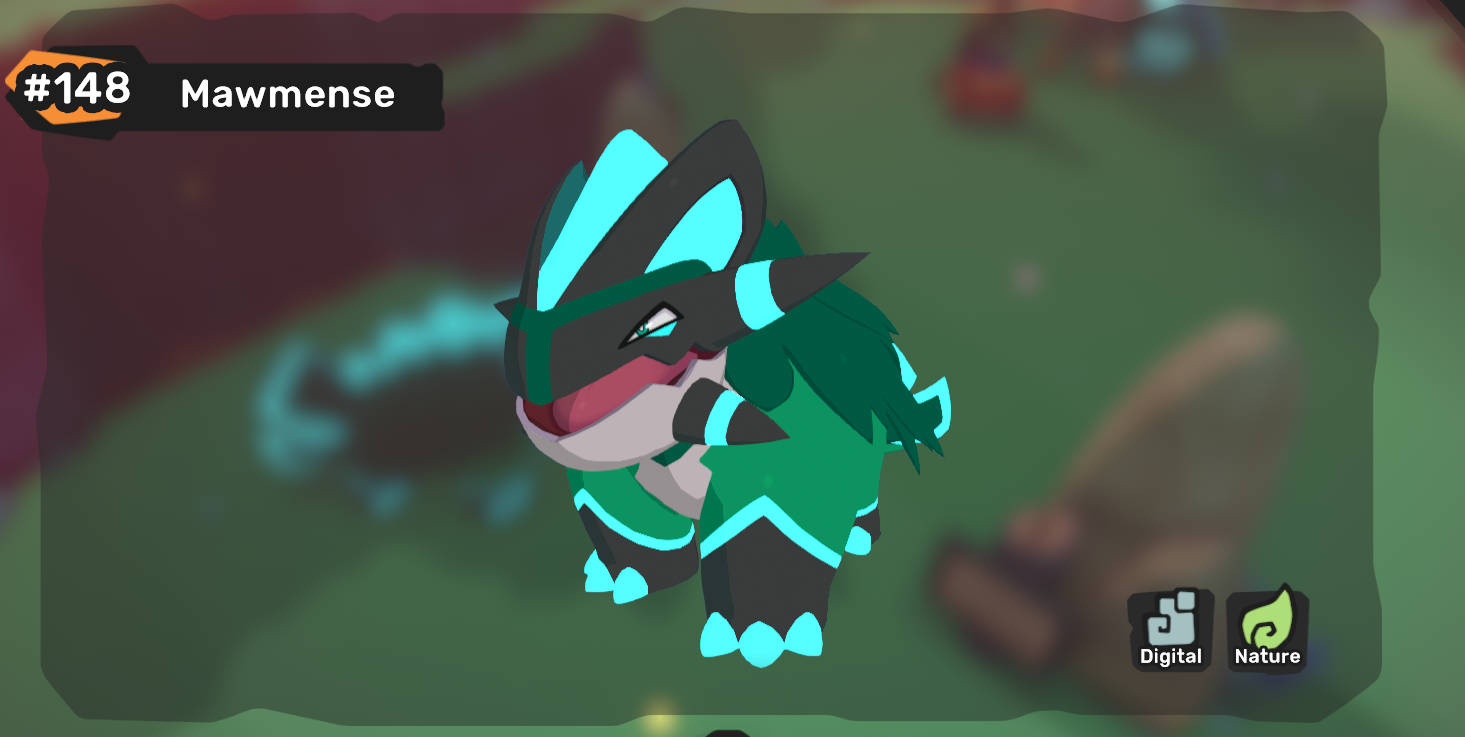 The best tank in Temtem

Mawmense is a Temtem with an immense HP stat and solid defensive typing being both Digital and Nature. Its special defense is significantly higher than its special defense but with some investment it should be able to tank a number of physical hits as long as you fully invest into its HP.

What gear should Mawmense hold?

Given its bulk, Mawmense greatly benefits from holding Heavy Armor. With Heavy Armor equipped Mawmense increases its defense from a base of 52 to 62 and its special defense from 88 to 105! This does come at a cost, however, as your speed will drop a whopping 15%.

But considering the boost in defensive capabilities, it's a worthwhile trade.

The Best TV Spread For Mawmense

All Mawmense TV spreads should max out HP to ensure it survives as long as possible. The remaining TVs should be allocated to its defensive stats and special attack. I normally run 150 in each of the defense stats and 200 in its special attack. 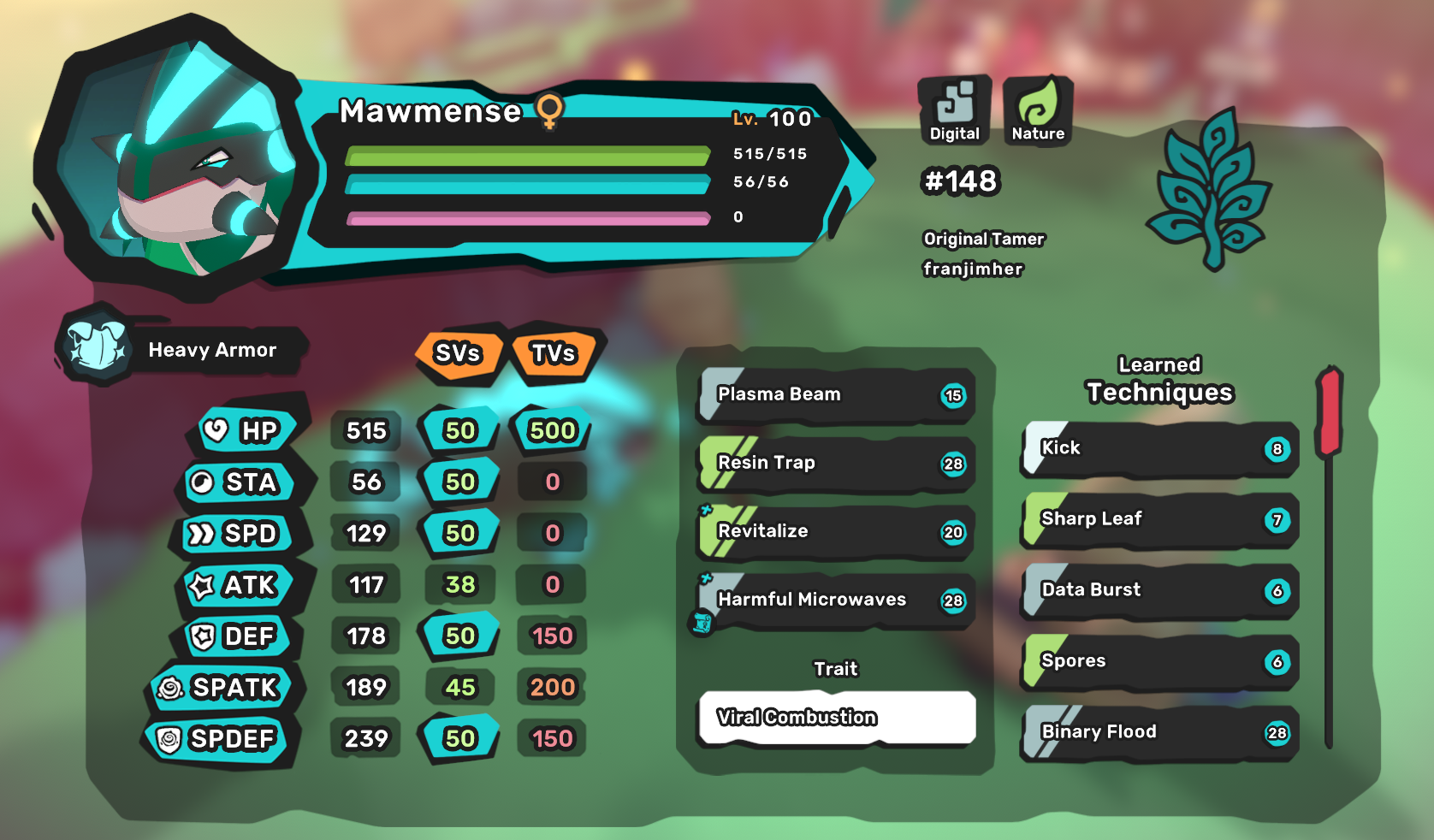 Whether you are doing Dojo rematches or just playing with friends casually, I've found that this set works the best.

What trait should Mawmense have?

Both of Mawmense's traits are viable in both PvE and PvP. Viral combustion gives an opposing Tem that poisoned Mawmense 4 turns of burn! Since Mawmense is so tough to take down, it's a prime target for status moves that inflict poison.

Its other trait is Refurbished. This trait grants Mawmense the status of Regenerating when it is on the field for 3 consecutive turns. This only occurs once per battle but can be useful in the right situation. Of the two I prefer Viral Combustion as I can't seem to get through a battle without something trying to poison my Mawmense! 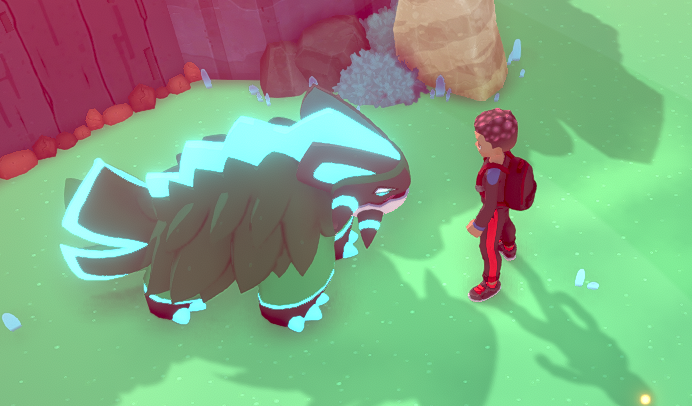 Mawmense is a great Temtem who fits well on most teams. If you are trying to earn Pansuns through Dojo rematches, I highly recommend using this one, especially against the Nanga Dojo Master. Don't worry if yours doesn't have perfect SVs, everything scales in competitive battles , and the AI in-game for Dojo masters isn't too difficult. Granted, it's much more challenging than fighting the Elite 4 in Pokemon but still not obscenely hard.