Raise Affection In Re: Legend Fast

Most Magnus evolutions will require at least 3 events to happen before the Magnus evolves. One is that the minimum level is met, typically either 15 or 45. Second, you will need to feed it the required food item. Finally, it needs a minimum amount in one of its stats.

The hardest of these requirements to achieve, by far, is getting max hearts on Magnus. It takes many cycles of brushing your Magnus, feeding them their favorite foods, and sleeping to make it to five hearts.

While the task is very laborious, it is not impossible. Here is the fastest method that I have found to raise Magnus affection. 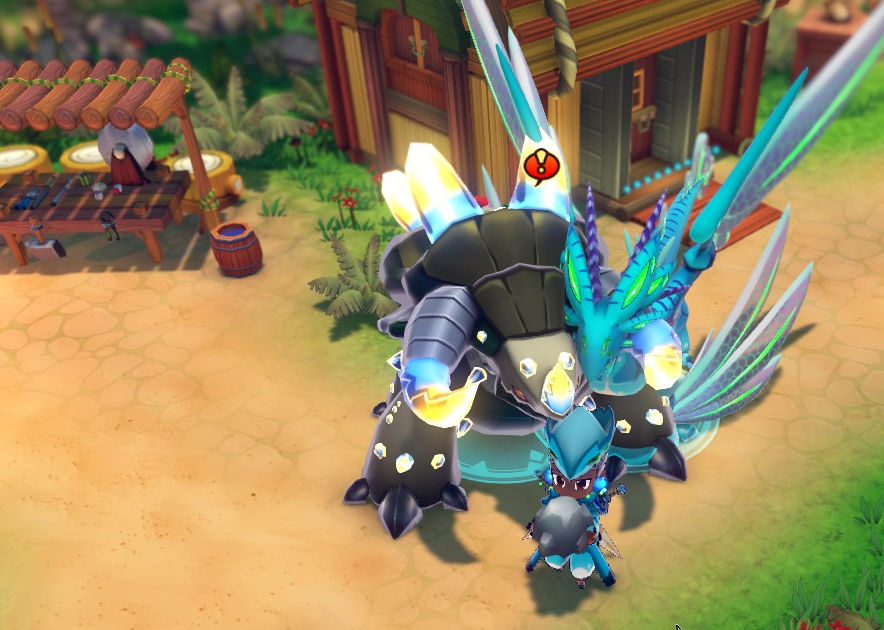 You'll need to stock up on your Magnus' favorite food if you want to evolve them. This is especially true if you are planning on evolving more than one at the same time. Figure out which location your target food spawns in and camp out there.

For Draconewt to evolve into Dracolem, you will need to get some Iron Ores. These ores are located in many of the caves you will visit throughout your journey. And, if you are short on time, you can just purchase them from LLoyd.

Once you have gotten a nice stockpile of your Magnus' favorite food, it is time to start to very boring cycle of feeding, brushing, and sleeping.

At present, there is no way to raise your Magnus to five hearts in one sitting. You can't just have them gorge themselves or brush them until their scales/fur fall off to boost their happiness. Instead, do this once per day, then go to sleep.

On average, while I was experimenting it took about 5-8 cycles to raise a single heart of affection. Now, I am unsure if affection growth rate varies from species to species but this amount seems to be somewhat consistent independent of the Magnus used.

Also, Magnus that travel with you seem to require less time to gain affection than the ones back on the farm.

If you have fish, be careful!

While sleeping and passing days to raise your Mangus hearts, make sure you don't forget to feed those fish! The food counter on the Fish Pond's feed will tick away everytime you sleep.

I made this mistake early on and killed off an entire pond of cool fish. Follow this chart and you will be well on your way to a five heart affection Magnus.

Although the method described above assumes you are on the farm the entire time, I thought I should warn about the dangers of letting a Magnus faint in battle. I had a couple Magnus faint during a boss battle and I won before I could revive them.

When I got back to the farm, I noticed that my Magnus had lost a heart. So, I guess Magnus are way too sensitive and hold grudges so beware of fainting when trying to raise Magnus affection!