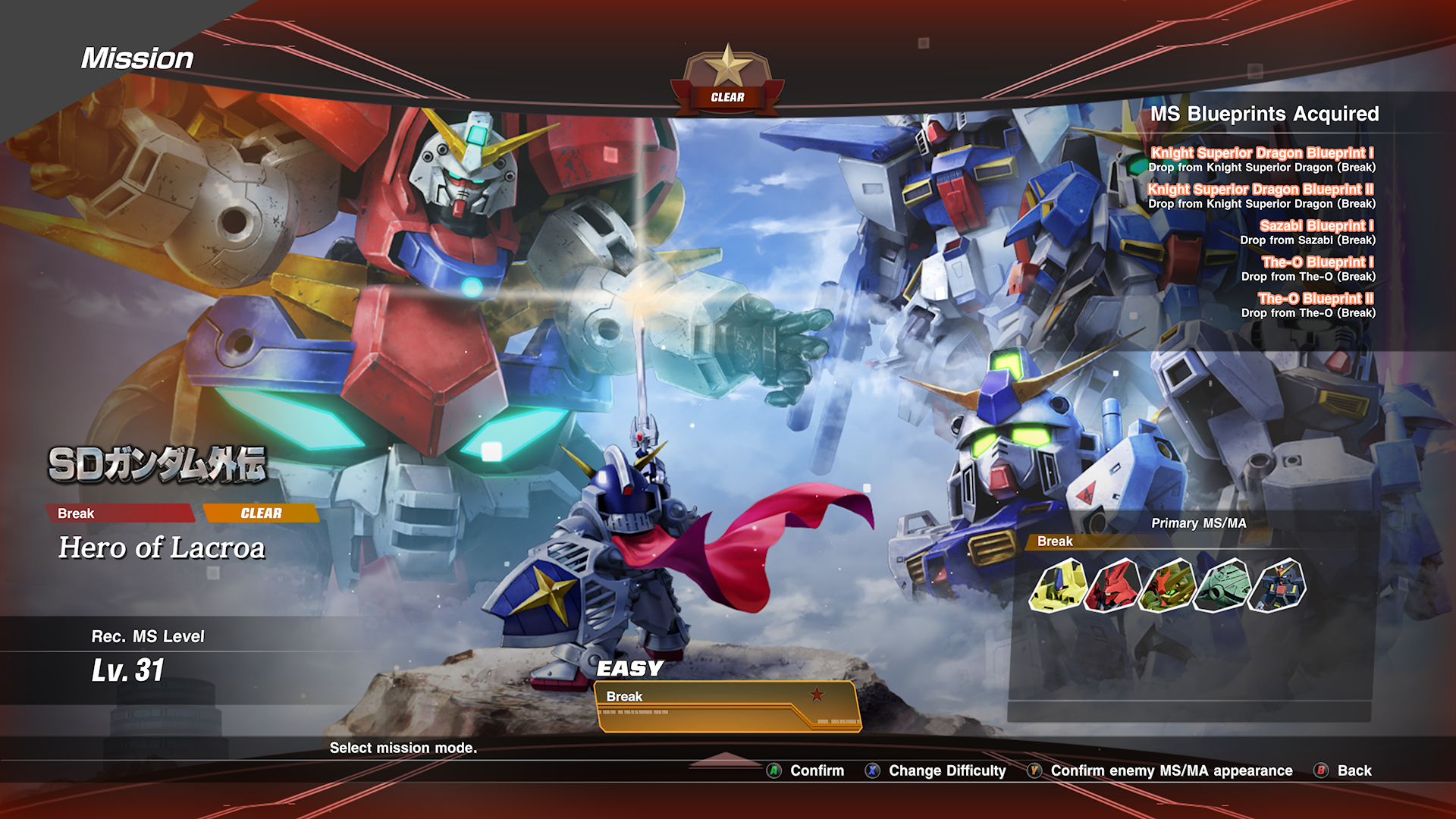 To unlock Knight Superior Dragon in SD Gundam Battle Alliance you will need to purchase the SD GUNDAM BATTLE ALLIANCE Unit and Scenario Pack 2. Once you do, you will gain access to the Hero Of Lacroa mission.

The recommended level for the mission is 31 but even at this level, I did not make it to the end. It was only when I leveled my Command Gundam to 49 that I was able to finish the mission. However, I think going that high was overkill as I was inflicting a tremendous amount of damage to enemies without much being dealt to me.

Regardless of the mobile suit you choose, be sure its one with decent HP and 5 repair kits. Trust me, you will need to use those repair kits!

How To Beat Hero of Lacroa 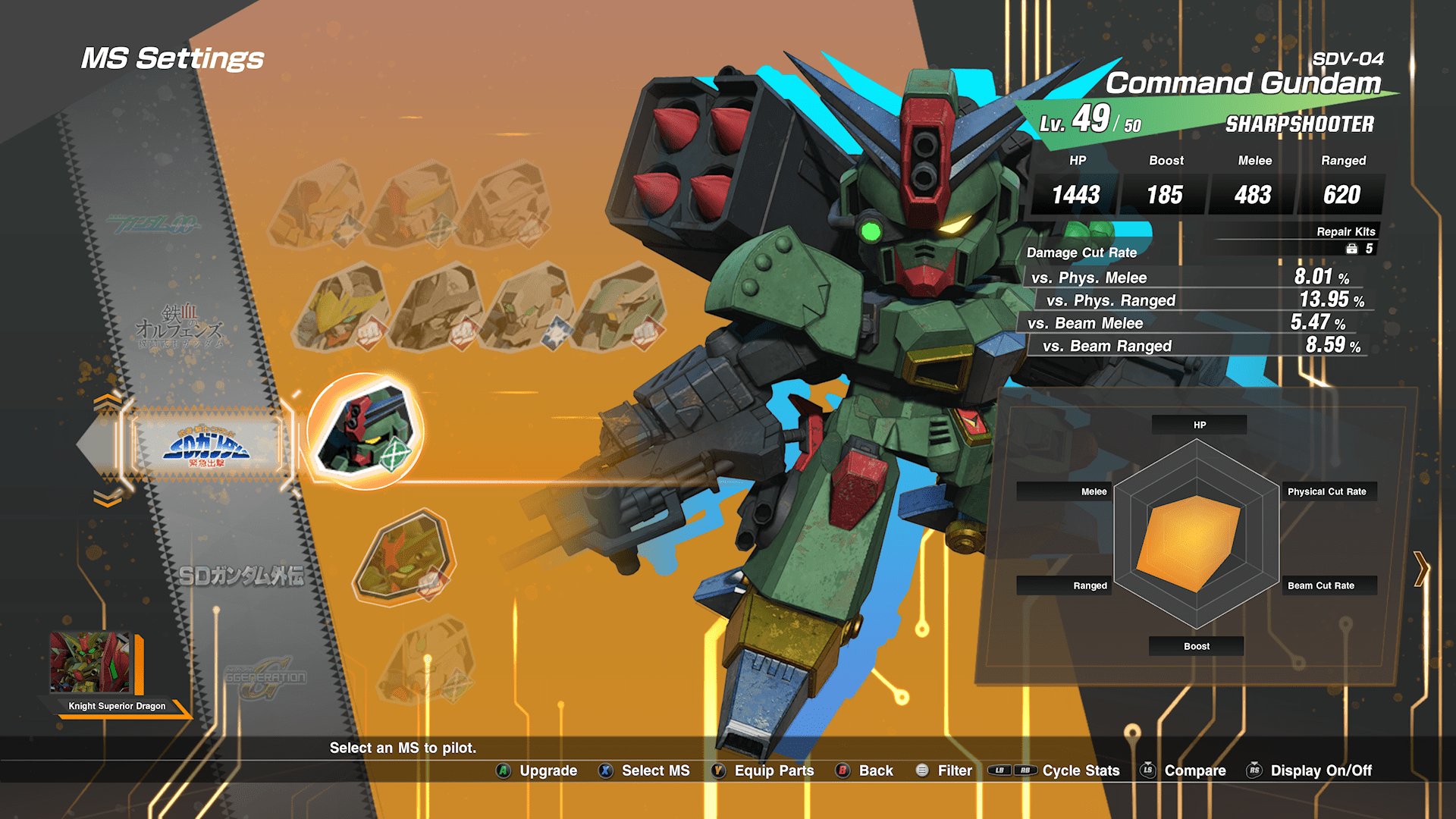 Since most of the bosses can wreck you in melee combat, I found sharpshooter Gundams to be the most effective. The Command Gundam has great range attacks and carries 5 Repair Kits. The health of the bosses dwarfs yours, so you will need to steer clear of hard hitting melee attacks if you can.

Here is every boss you will encounter. 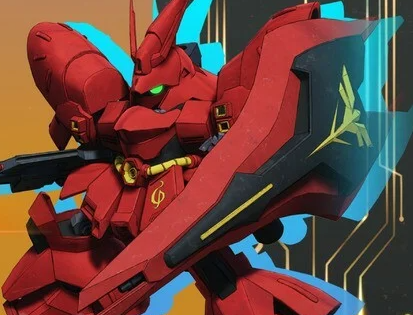 The first boss is not the easiest, he has very annoying combo moves that hard to get out of. The best way to be him is to guard against his combos and answer back with some of your own.

I found slicing with my sword 3 - 4 times, then launching a ranged attack from close distance to be the best strategy. He is not a giant Gundam like the other bosses so he is susceptible to stuns and breaks. Use this to your advantage. 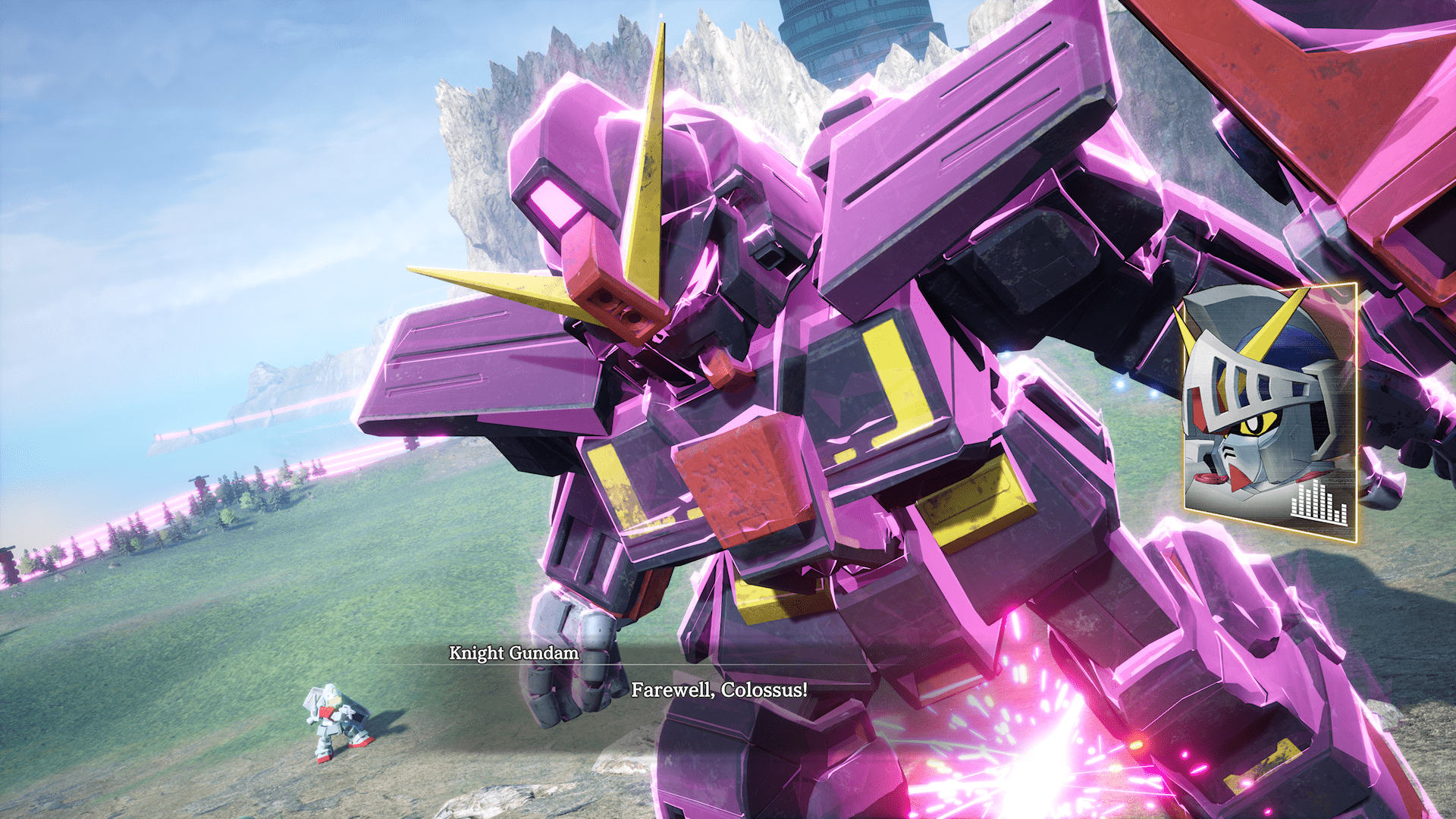 I found him to be the easiest as his attacks are very easy to spot. Before he rushes you he drops into a runners stance and if he is about to launch his laser attacks, he stops briefly, opens his hands and opens fire. Let your allies engage him in melee combat while you hug the perimeter and blast him from a safe distance. 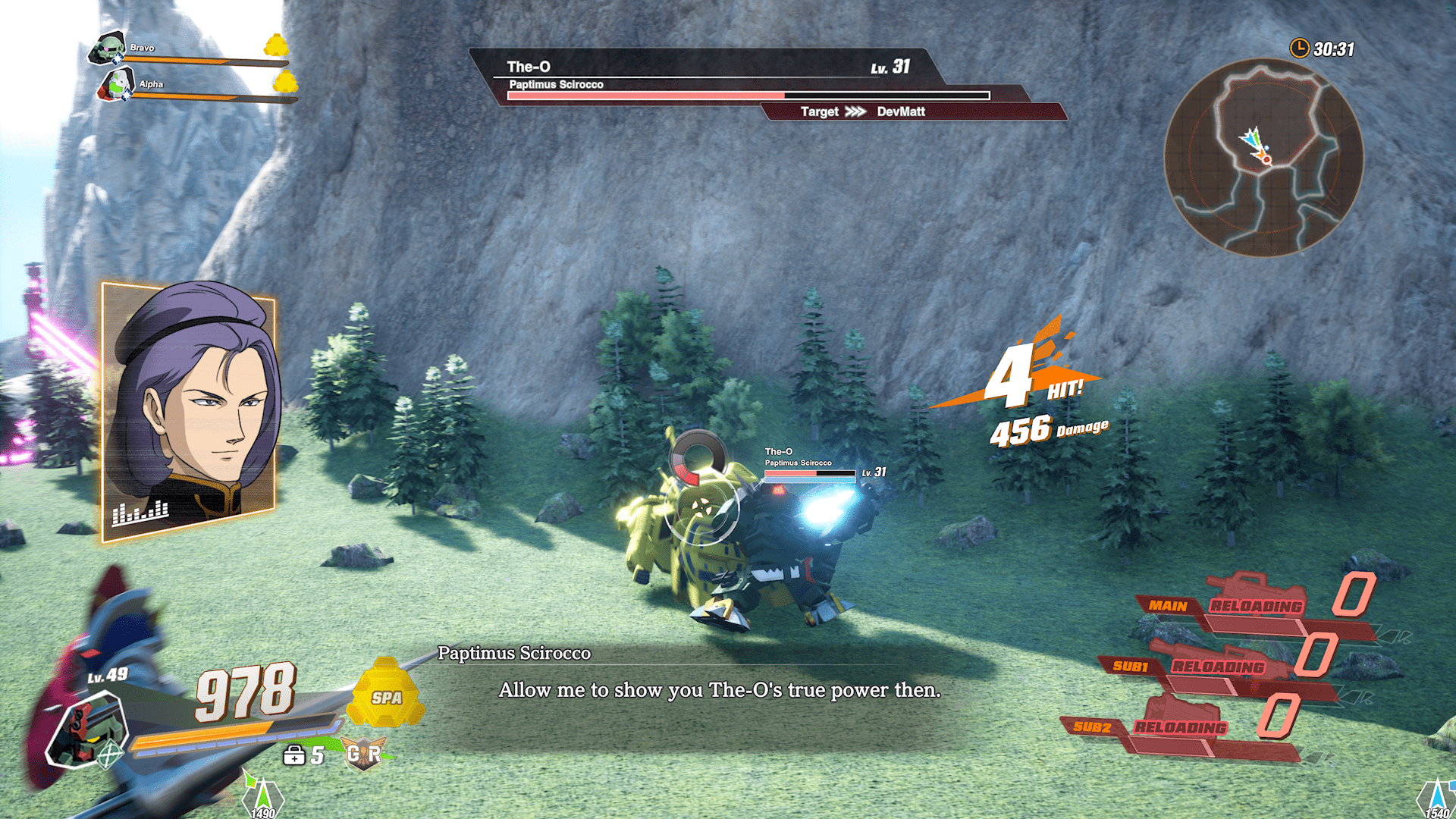 This is another boss with crazy combos. I found it best to "ride out the storm" by blocking when he is launching combos. Fortunately, he is not a giant so you can knock him down and maneuver around him quickly while he engages your teammates. 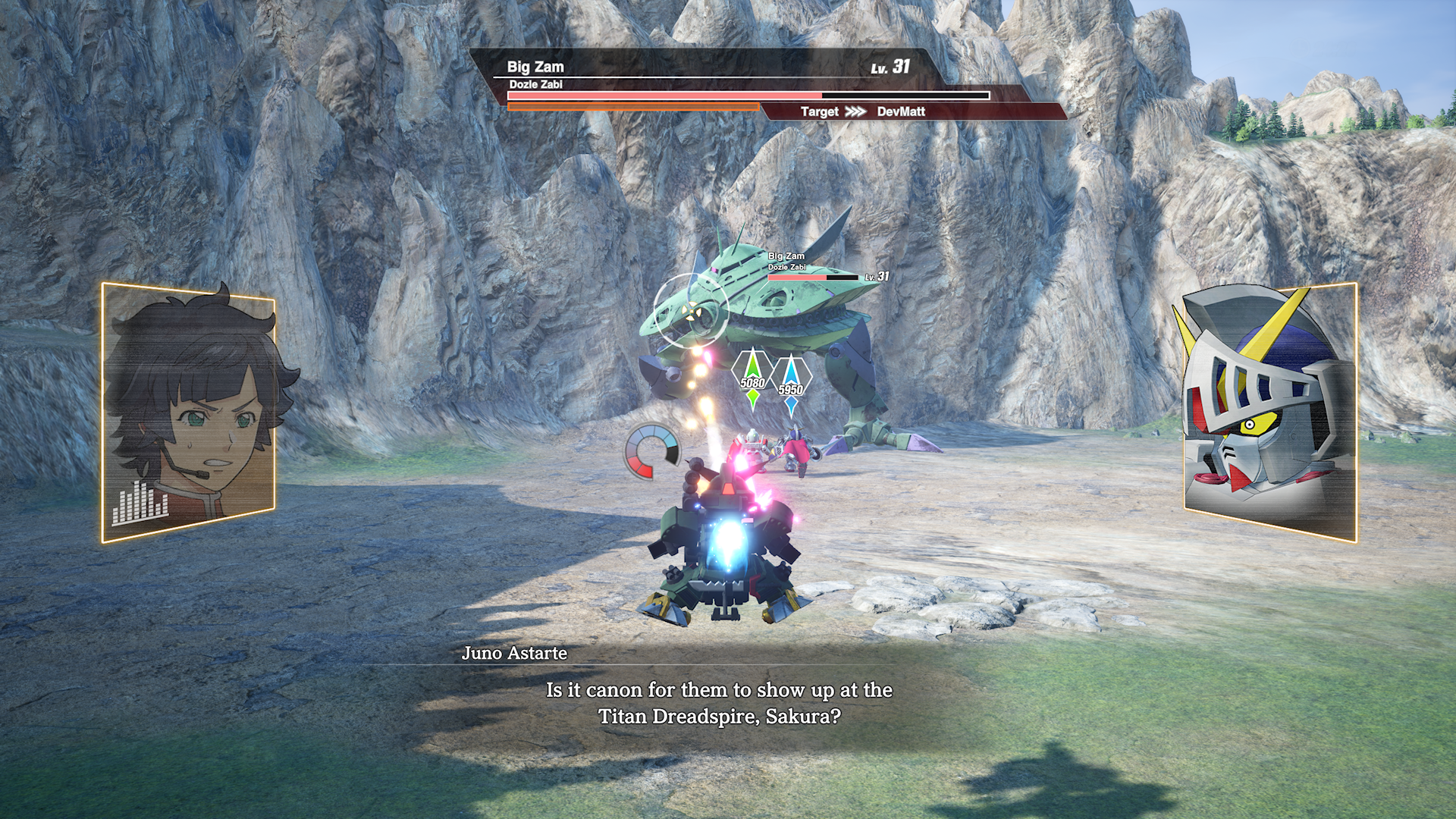 Watch out for its "toe bombs". He fires three at a time, and they difficult to avoid. Deplete his purple bar with ranged attacks and go in for for powerful blasts once the bar is depleted. When he glows in purple you know he is on the brink of defeat like the other large bosses. 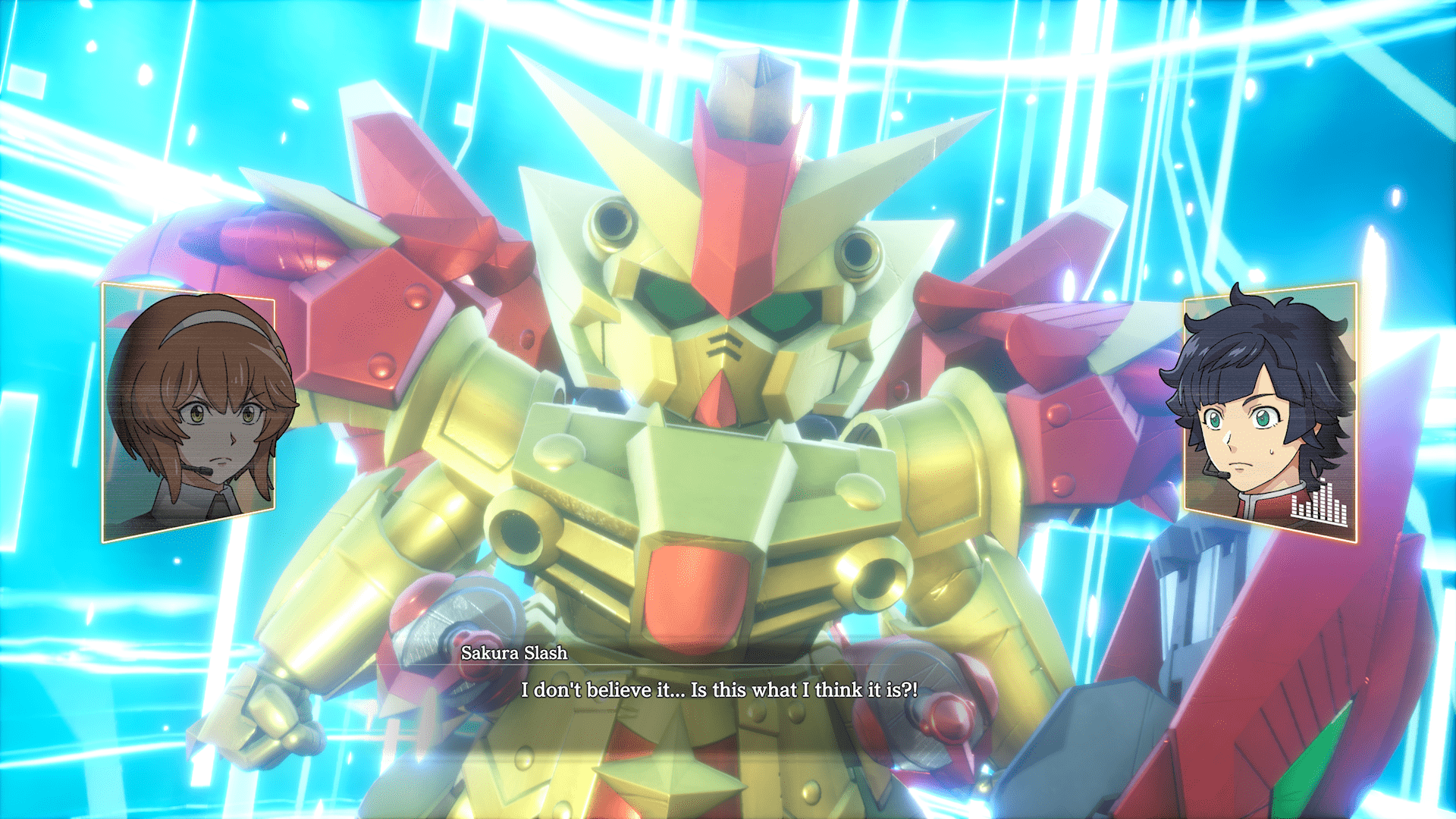 The best infighter in the game, in my opinion. Circling him with your jetpack and letting lose your special move when facing him from behind causes a ton of damage. If he launches his melee charge move hold on for dear life and block if you cannot get away. Play the perimeter and avoid melee combat if possible. 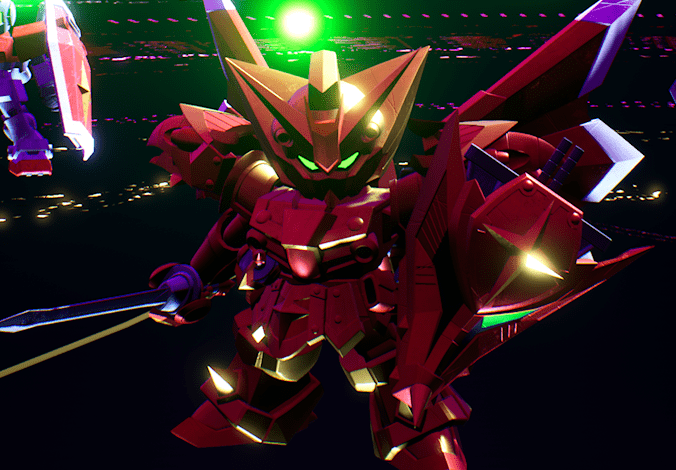 Once you have defeated Knight Superior Dragon in battle, you will receive about 1/3 of the material you need to build him. I originally thought you would get everything you needed in one shot, so I was shocked when I saw myself lacking the blueprints needed to build him.

It will take you a total of 3 successful missions to get all the blueprints you need to Knight Superior Dragon. Its difficult and frustrating at times, but the payoff is well worth it!

Tips for completing Hero of Lacros

Only use your Repair Kits when absolutely necessary. If you are knocked out during battle and your teammates still have energy left, they will come to heal you. So, most times is better just to wait for them to restore your health than to use the repair kit.

Don't worry too much about healing after a battle because the boss you defeat will drop orbs that will restore your HP. Do your best to save as many repair kits as you can for the final battle.