How To Win Tic Tac Toe Almost Every Time 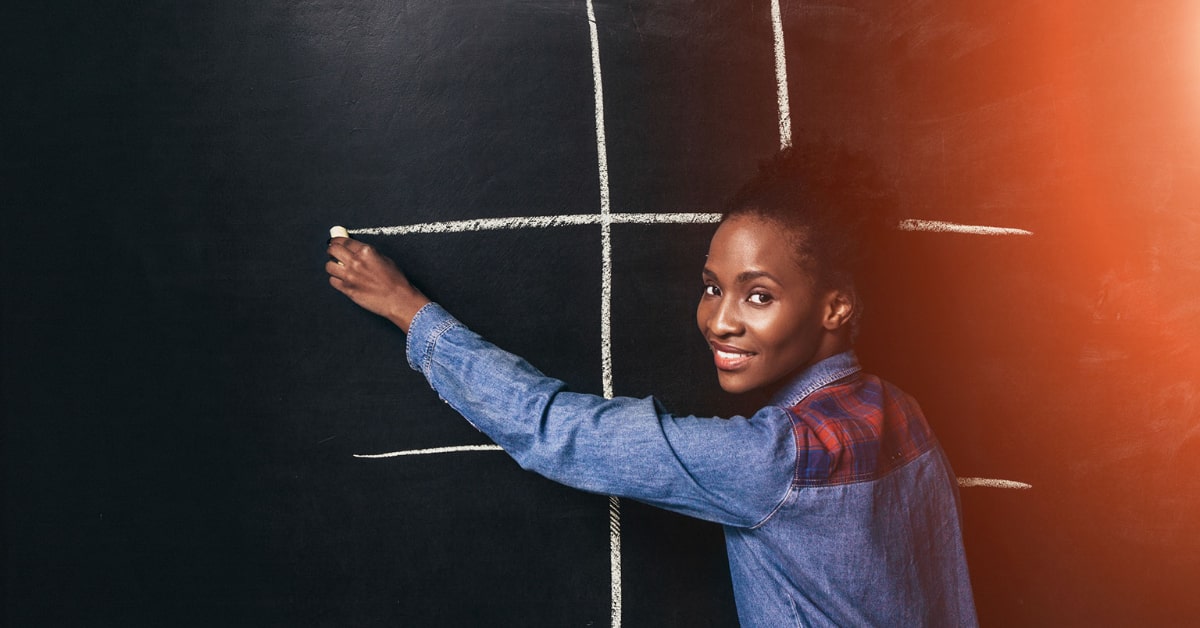 Going first in tac-tac-toe increases your odds of winning

Those who strike first tend to win battles. The same is true in this game. Going first allows you to set up the board in your favor.

While it is entirely possible to move second and still win, the odds do not favor the person going last. To win, you will want to place your letter in either of the four corner squares.

To make things a bit easier to understand, the names of the squares are pictured below.

Set yourself up for victory

On your first move, set choose either S1, S3, S7, or S9. If your opponent moves anywhere other than the middle square, also known as S5, you are guaranteed victory!

The reason using either of these squares as a first move almost guarantees victory is that it puts you in position to achieve the famed "two way" positioning. This occurs when you have two ways of obtaining three in a row of your letter.

Don't believe me? Here is an example to prove it.


On the fourth move, your opponent has no choice but to block you. Once they do, you can choose S7 and feel free to declare victory. You now have two ways of defeating your opponent, either diagonally or horizontally across the top row.

What happens if your opponent chooses the middle square?

If your opponent chooses the middle square, also known as S5, victory is not guaranteed. This is because the ability to achieve a "two way" is strongly dependent upon you having access to the middle square.

You can still win, but it won't be easy. In fact, after your opponent catches on to your strategy, you will likely have more "Cat" or Tie games than wins.

A nice counter to this is sandwich your opponent choosing a square either directly beside them or diagonal to them.

In this scenario, if your opponent chooses any square other than S2, S4, S6,or S8 you win! However, if they choose one of the aforementioned squares, a tie is almost inevitable.


Try out some of the strategies in our tic-tac-toe app below. Once you have mastered your techniques, have fun beating your wife, kids, friends, and colleagues!