To get Dracoralth in Re Legend, you will first need to tame a Draconewt. This is pretty easy since the food needed to tame it, Juicy Meat, is dropped often by various Magnus throughout Vokka Coast. Once you have tamed a Draconewt, you will need to get its affection up to two hearts and raise its level to 15.

Raising affection in Re Legend can be a laborious process, especially when raising a Magnus to the five hearts needed for its final evolution. To make this process faster, buy a brush from the general store.

Next, stock up on the favorite food of your Magnus, for Draconewt that will be more Juicy Raw Meat. Feed it the meat, brush it, and go to sleep. Do this a few times and you will start to raise its affection level.

This is by far the best way to raise the affection of magnus in Re: Legend. Now that you have two hearts of affection on Draconewt, check its stats and make sure it has at least 15 points in Intelligence. Once you have verified that, feed it a Rainbow fish and it will evolve into Dracophene.

Now comes the hard part, raising your Magnus to five hearts. It will take a while and many sleep cycles but the pay off will be worth it. Also, be sure to feed your fish while sleeping to raise affection.

I made this mistake and killed my entire pond of Rabbitray. Once you get Dracophene's affection to 5 and level to 45, make sure its intelligence is at least 50. Now its time to feed it a Starbream fish and watch the magic happen.

How To Use Dracoralth In Battle 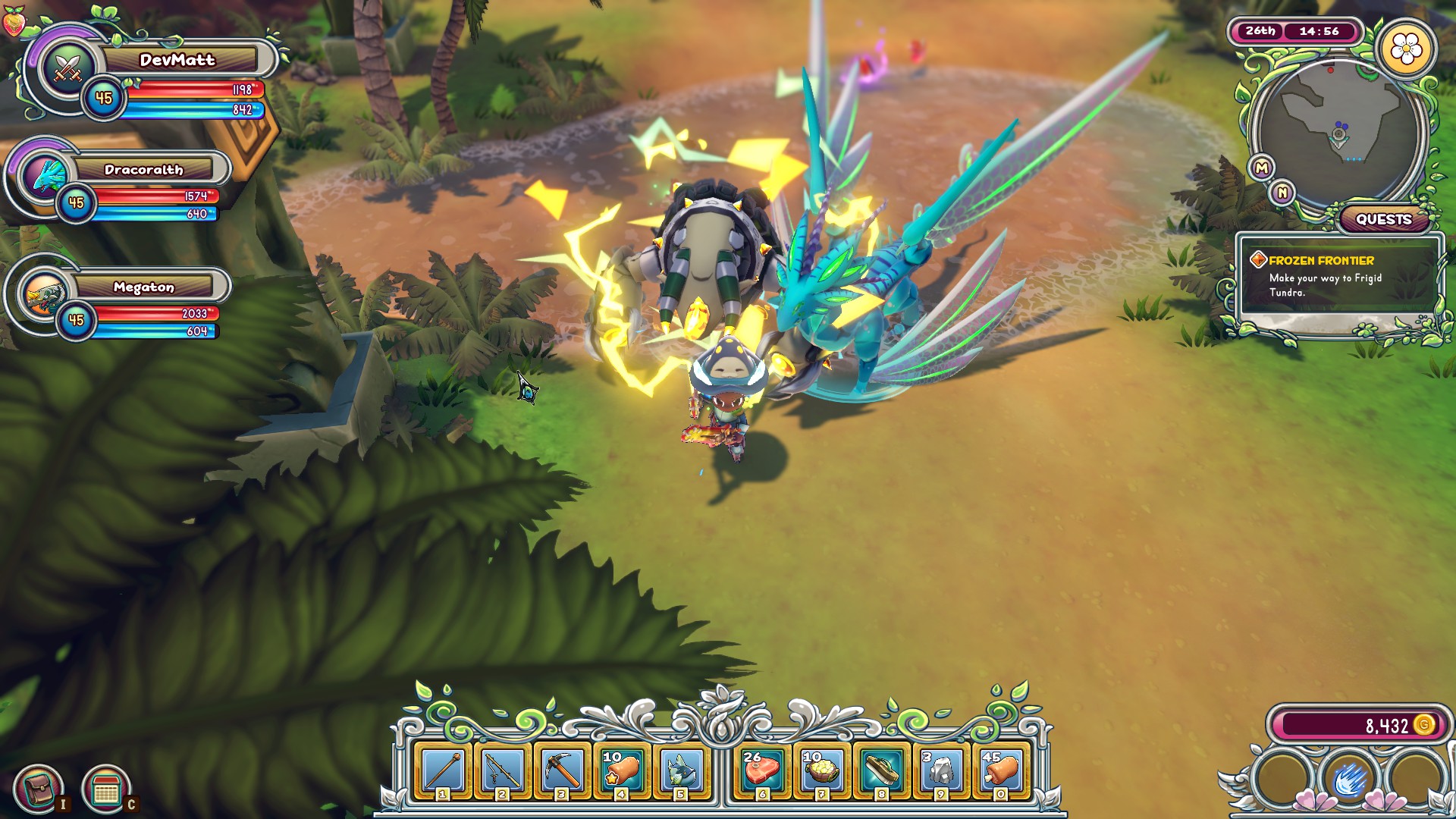 Dracoralth is one of the best Magnus to use for level grinding and boss battles. It has high health, magical attack, and a great set of abilities. In addition, it files, so when you mount it you can traverse the land flying on a dragon's back!

Dracoralth also has the ability to heal its entire team, including you. This comes in handy for drawn out boss battles and quests that require you to travel a lot. Here is a list of Dracoralth's abilities. 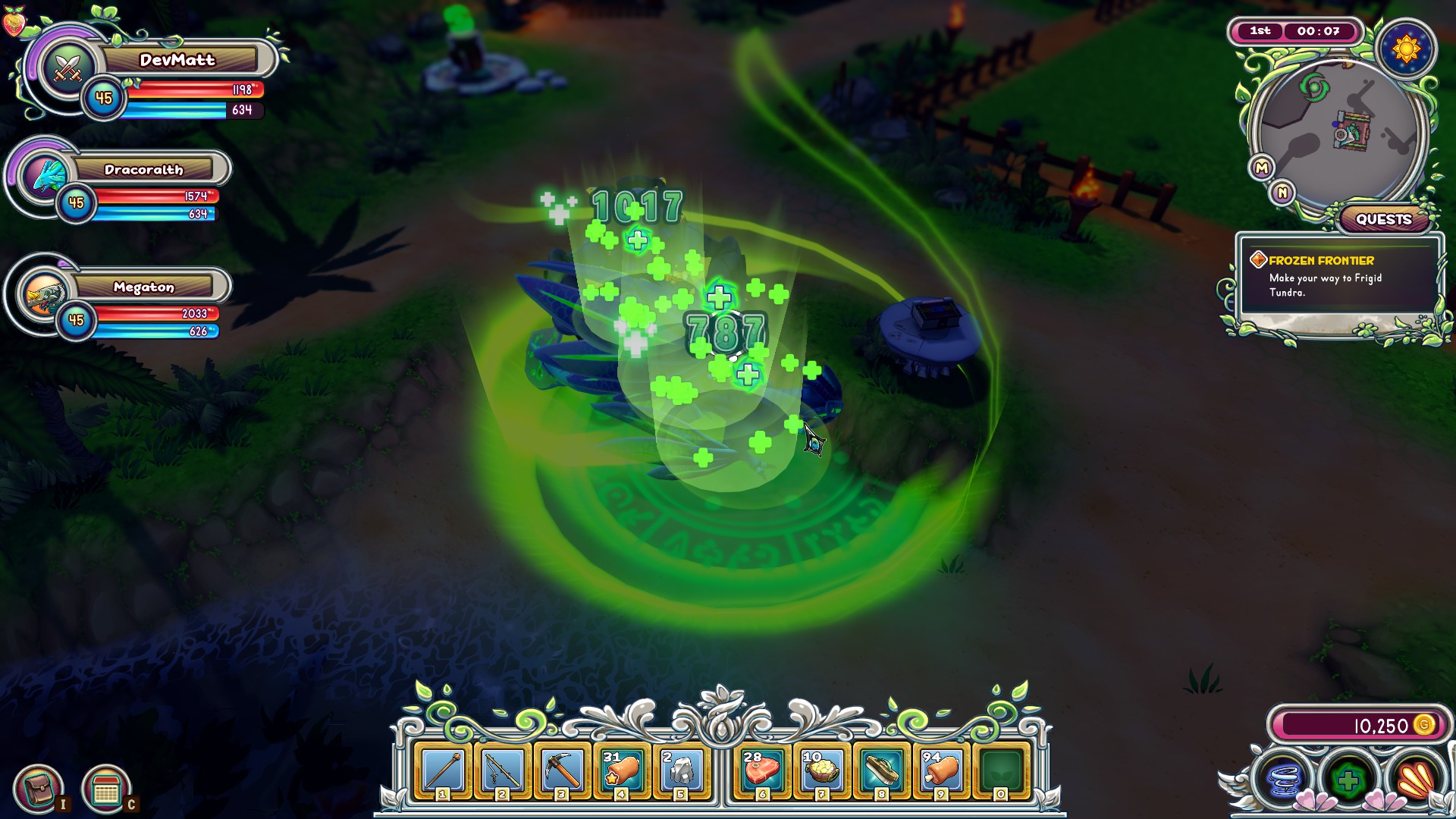 For boss battles, I typically mount Dracoralth and spam its standard toranado ability from a safe distance. I run a tanky bruiser like Megaton out front and allow him to engage the enemy while I ride dragon back around, blasting and healing when needed.

It may not be the most honorable victory, but a victory nonetheless.

Dracoralth can be fused with Dracolem and Dracofang to make Dracorneus (the Magnus you see on the loading screen). Its a very cool Magnus but upon fusing you will lose the ability to heal your team which is not a worthwhile trade off in my opinion.


I recommend grabbing a few Draconewts so you can keep its individual evolutions around if you want to use them.

What if Dracophene is not evolving?

There are far few bugs in Re: Legend since the game left early access. However, I did discover a few that seem to only occur on my Steam Deck. A few Magnus would not evolve when fed the correct food even though all the requirements were met.

If your Dracophene is not evolving and all the requirements are met, try to play on the PC version if you are using a Steam Deck. Another often overlooked requirement is the minimum stat requirement. Always check this before giving your Magnus the rare food it needs to evolve.

If the stats look ok, then double check its affection level. Magnus will lose hearts if you don't feed them or brush them often. They also seem to lose a heart if they faint in battle without being revived.

This happened to me once post 1.0, so I'm fairly certain its a feature and not a bug. If all else fails, take a screenshot and message the developers to take a look. There may be a patch in the works that remedies your situation.